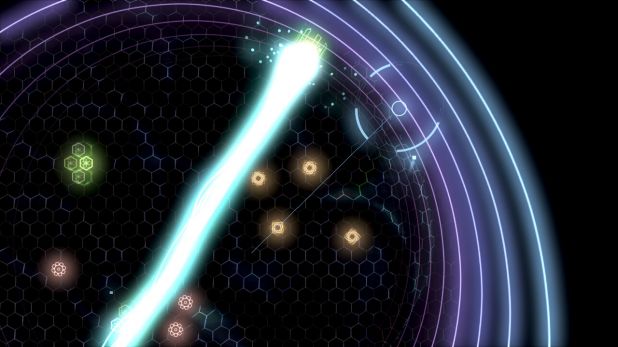 This is going back quite a while now to before the background art existed and enemies were still just particles.

The Sniper was inspired by the lasers in Gridrunner and was supposed to recreate the effect of splitting the arena into quarters periodically with an impenetrable beam of death. The beam particle effect was pretty cool and I spent longer working on that than I did the actual enemy behaviour.

The Sniper was glued to the walls of the arena and would zoom around trying to keep the player targeted – every so often it would stop to charge and then fire it’s beam weapon. It worked and it did exactly what I wanted it to in creating moments of tension where you couldn’t get to the other side of the arena. There were 3 problems though:

So for the above reasons the Sniper got canned. I don’t miss it because with the game the way it is adding it back in would require significant changes to how the game plays to compensate.

The Sniper may return as a boss but no longer tethered to the wall. 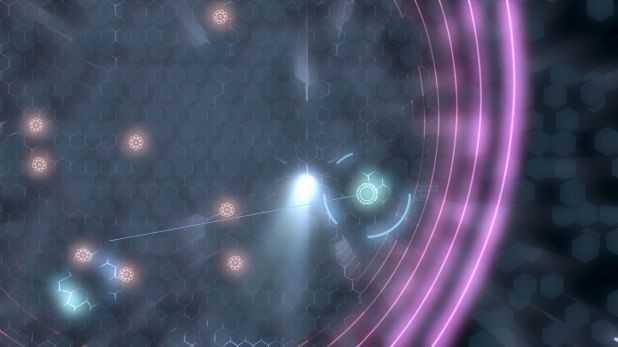 This was an indulgence and something that looked way cooler in my head than in reality. Wait that’s wrong – it looked awesome in reality but it impeded gameplay massively. You couldn’t see anything that was over the lightbeams and it ruined the contrast between enemies and background.

It did however lead to the Hex based background that the game now has so it was absolutely worth it. 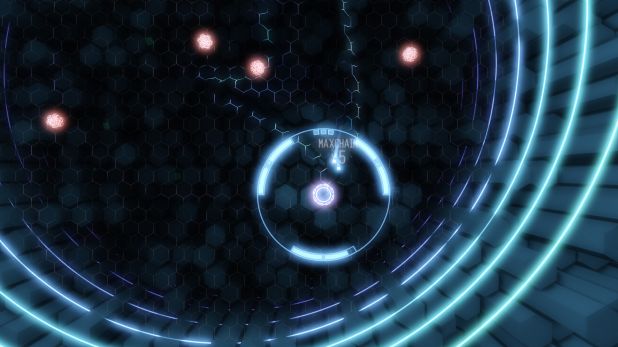 Whatever happened to the Bouncers?

They were the purple baddies that were funded by the biscuits sent by the Rock Paper Shotgun grant comity (Quinns).

They would bounce around the arena merrily getting in the way but nobody ever got to see them moving except me.

They are still around!

Bouncers have been on my Todo list for ages now and I finally got around to fixing them not long after I put out the last video. They are now red not purple.

The Bouncer had one big problem – The Arena. Being a circle they tended to end up bouncing along the sides of the arena after a short while rather than as I had hoped off the walls and back to the opposite side. This made them entirely non-threatening so I took them out of circulation for a while. The fix was to have them plot a route through their origin (Normally the middle of the arena but sometimes where the player was when they spawned) and keep going in that direction until they can go no further. Then they turn around and go back the way they came. They are now much more dangerous and I often find myself getting hit in the side by one.

Ah the old UI. It was very ugly and got replaced by one that is much less ugly. It was also using Scaleform and I have no idea how Flash works so it was a real pain in the arse to implement. I have since stopped trying to use Scaleform and wrote my own UI system that is much simpler and easier to work with.

Outbreak is a game mode that I’ve actually started to dread working on. It was conceived of long ago before any of the games mechanics had stabilised into their current form and was based on the idea of the player trying to survive as long as they can against an incredibly aggressive version of the green self-replicating “Virus” enemies in the other mode. It sounded great when I had just finished the virus and had things like this happening: 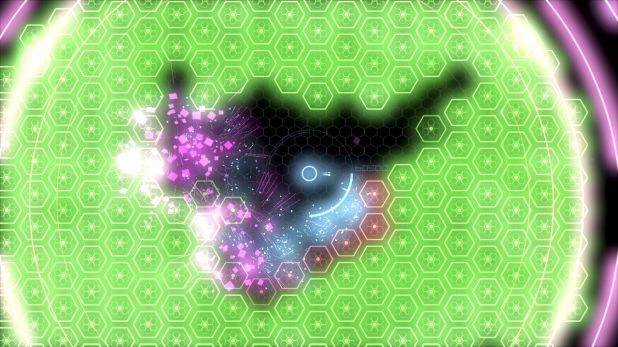 The problem is that in the modern version with combos, bombs and some much more interesting new enemies the Virus has become more of a background thing. Yes it’s massively integral to getting a good score but it’s not exciting. On it’s own it’s very dull to play against and with bombs you can clear the arena of every last one in no time at all. It’s just not dangerous.

So the Virus is like salt. It makes whatever it’s added to taste better but on it’s own it’ll just dry you out.

Outbreaks future as a game mode is questionable. I don’t enjoy working on it and I don’t enjoy playing it but it nags at me that there must be a seed of something in there that might be worth developing. It’s not dropped yet but it’s on the list.

I only ever mentioned this and never actually took any pictures but I did at one point in the past have online multiplayer working with 4 players.

However I’m going to tell you why you won’t see a game like Waves shipping with online Multiplayer anytime soon.

The internet hates it.

The problem is one of packet loss and bandwidth. With your Unreal Tournament or your Quake 3 you have a dozen players interacting with each other and that’s about it. Most of the time they aren’t even interacting or can see half of the other players on the server. This makes them excellent for the internet as you can optimise this massively. If two players can’t see each other and have no possibility of affecting each other then you don’t need to send them updates about the other person. This is called “Being Relevant” and you see it in MMOs alot too. MMOs will only show you the 50 or so nearest things (enemies/players) because it saves on bandwith.

At any given point in Waves there are around 100 or so things that are relevant to every single player (including the other player) and not including bullets. Not only are these things relevant but they are unpredictable as well. So many things change so frequently during a game of Waves that with just two players logged in on the same machine the clients couldn’t stay synchronised. If you put that on the wild Internets then packet loss is going to make the game unplayable very quickly.

Could I make Waves work online? No. I wouldn’t be able to claim that the online and single player versions are the same game because I would have to reduce the number of enemies and speed of the online game in significant ways that would in fact stop it from being anything like Waves.

Against the Clock 5 Hours of Particle Effects

The Leaderboards are dead! Long Live The Leaderboards! As of this update Steam is no longer responsible for the Waves² Leaderboards as the game is now using Gamesparks to manage all of it’s online functionality. This means no more score limit of 2,147,483,647 as the scores are now stored as 64bit integers. If you get […]

Are you Unknown, a Newbie or are you Notorious? This update adds User Ranks to your GRID Profile. Cash in your hard earned Reputation in exchange for a better User Rank. Higher ranked Users have a higher Level Cap on their Avatars unlocking up to 30 upgrade points! What use are all those Upgrade points […]

These changes should be live right now! Reputation & File Lockers Reputation is the currency of the GRID. Without it you’re nobody. You need it to get access to new software, create proxies and heal brain damage; it’s also good for bragging rights too. You can gain Rep by taking over networks, completing objectives and […]

This site uses Akismet to reduce spam. Learn how your comment data is processed.